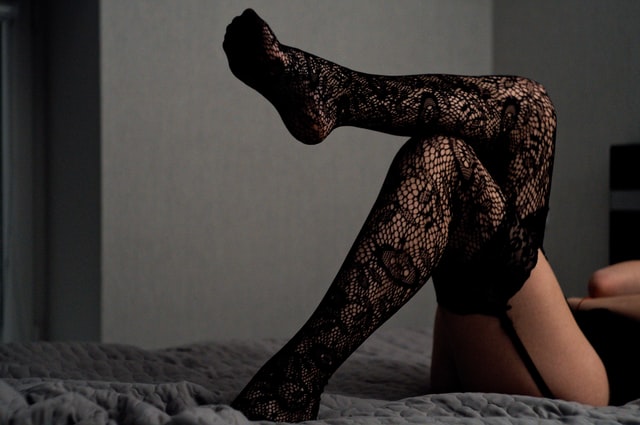 Although written in different periods, both Kate Chopin’s A Pair of Silk Stockings and F. Scott Fitzgerald’s Bernice Bobs Her Hair portray a shift in femininity in American culture.

In each narrative, women experiment with participating in a changing culture and economy to which they are subject but in which they are not fully accepted. While both focus on the transformation of femininity represented by the traditional woman to femininity represented by the modern woman, Chopin and Fitzgerald react differently due to their inherently different views of women. While Chopin is sympathetic to the materialism of the women about whom she writes, Fitzgerald opposes the shallowness of the women of the 19th century.

Chopin sympathizes with her character Mrs. Sommers and her shift in mindset regarding the role of women while Fitzgerald criticizes the emptiness of his characters Bernice and Marjorie when adhering to societal norms for women. During the Progressive Era, a period of new ideas and opinions in the late 1800s, reforms proliferated and there was a rise of classes. Along with this came a desire to advance through self-improvement and revision of beliefs. Many beliefs which were previously respected, such as the Cult of Domesticity, the idea that a woman’s role in society is to turn the men of their family into the best citizens they can be, were now being challenged. Women began voicing opinions and American views shifted, specifically among the upper class, from a focus on employment and income to a focus on consumerism and the desire for leisure time. As a result of this new outlook, people, especially women, felt compelled to climb the social ladder, resulting in a change of appearance and personality. Mrs. Sommers, in A Pair of Silk Stockings, and Bernice, in Bernice Bobs Her Hair, both exemplify stereotypical women of their era who evolve with modernity. Mrs. Sommers, the protagonist in A Pair of Silk Stockings, is described by Chopin as a common woman of her time. As a responsible woman who saved old things and cared for the daily needs of her family, she suddenly transforms, after long deliberation, when she receives $15. Initially, upon finding this $15, the devoted mother in her immediately decides to spend the money on her children. With the discovery of a perfect pair of silk stockings, however, her motives change and there is no turning back. First, she purchases the stockings, then, a pair of boots and finally, a pair of gloves. Once Mrs. Sommers puts on the gloves, she migrates from a mother to a consumer, much like the upper class women, and continues to treat herself to belongings far beyond her reach. The manner in which a woman presented herself was integral to fitting into a social class, particularly if she didn’t really belong in that class. Consequently, Mrs. Sommers changes both her appearance and her personality. When dressing the part, Mrs. Sommers initially succumbs to consumerism and enjoys the luxury of treating herself to lunch at a restaurant and a play at the theater.

After a day of fantasy, Mrs. Sommers dreads her return to reality. Chopin describes the resulting thoughts of Mrs. Sommers at the end of her day of leisure, “a powerful longing that the cable car would never stop anywhere, but go on and on with her forever.” In an essay by the historian Warren Susman focusing on “the culture of abundance,” he describes a value shift from a person with the ability to educate the public and instruct them on moral qualities to someone only famous for “personalities instead of characters.” This transformation can be seen through the character that Mrs. Sommers portrays. Mrs. Sommers begins as a loving mother with a singular focus on her family. As time goes by and 19th century culture precipitates changes in women, Mrs. Sommers is influenced by the desires of the upper class and struggles to return to her previous role when she tires of pampering herself. Prior to the Progressive Era, work was considered a value but once the ideas of the Progressive Era spread, work was viewed more as a facilitator of leisure.

Essay writing is a literary composition, usually, however, the term is vague, encompassing much of any piece of writing, whether it is a newspaper column, book page, pamphlet, article, novel, song, and other literary composition. Essays are usually written about some current affairs or popular matters of interest to the writer. The exact content of an essay is subject to its author, though the outline of an essay normally contains the basic structure of a good essay. In general, an essay has been, generally speaking, a written piece that presents the writer’s argument, but there is no clear-cut definition as to what an essay actually is. Essays are regularly sub-divided into formal and informal categories. In the English literature, formal essay writing is divided into two main categories, the narrative essay and the argument essay.

Bernice Bobs Her Hair by Fitzgerald portrays a shift from women who are very feminine to women with aspects of masculinity. “Boring” Bernice, who represents a stereotypical woman prior to the shift, pays a visit to her cousin Marjorie, a “popular” girl who has already adapted to the changing role of women in society. During this era, both appearance and personality are of particular importance. While at a dance with her cousin, Bernice cannot understand why people, especially boys, are not fond of her as she considers herself wealthy, beautiful and well-liked in her town. After overhearing a heartbreaking conversation about her dullness, Bernice decides to place herself in Marjorie’s shoes, shifting from a traditional woman to an exciting, masculate woman like Marjorie. After establishing her “popularity” in Marjorie’s town, Bernice is shut down by Marjorie because the spotlight that once shone on Marjorie, her cousin, now shines on Bernice. Angry and betrayed by her cousin, Bernice succumbs to social pressure and bobs her hair, causing everyone to once again dislike her due to her manly features.

Although women of the Progressive Era experimented in many ways and experienced greater equality, women were still expected not to cross certain lines and hair bobbing crossed such a line as looking like a man was simply unacceptable. Kathy Peiss, in her article Cheap Amusements, discusses the intertwining of genders in lower classes in leisure spaces, such as dance halls. Similarly, Fitzgerald uses a dance hall as the setting in which Bernice realizes that she doesn’t fit in and men do not like her even though she is beautiful. This medium is utilized because young men and women commonly socialize and interact with one another through dancing, rendering it a suitable backdrop against which to illustrate social transformation. Peiss explains that, although there is a transition in gender dynamics, there is still resistance toward full equality.

Although written 20 years apart, the short stories, A Pair of Silk Stockings and Bernice Bobs Her Hair both accurately describe the shift in femininity throughout the Progressive Era. Each work depicts women of the 19th century constantly struggling to fit in and, consequently, adopting different personae. Mrs. Sommers, in A Pair of Silk Stockings, struggles for acceptance in a higher social class and, although she enjoys her new persona in the moment, it is just a fantasy that must ultimately end. Bernice, in Bernice Bobs Her Hair, struggles for popularity and acceptance as well. Although she has her time to shine, it eventually ends and she escapes to her old town. While A Pair of Silk Stockings is written during the beginning of the Progressive Era and reveals the shift from women focusing on supporting their households to becoming self absorbed in the consumerism of society, Bernice Bobs Her Hair is written toward the end of the era and exemplifies the shift from women focusing on themselves to instead focusing on impressing men. Although both Mrs. Sommers and Bernice experience the shift, neither is accepted into the transitioning society and are somewhat forced to return to the social classes to which they initially belonged.