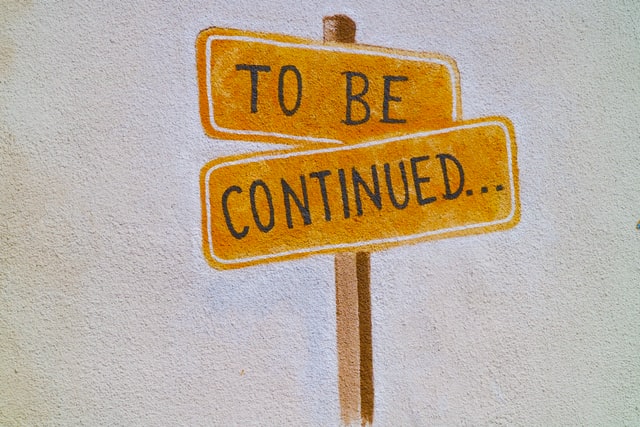 The novel titled The Little Prince (Le Petit Prince) written by Antoine de Saint-Exupéry, a French pilot who was crash in Sahara Dessert, is about the narrator, a pilot, crash-lands his plane in the Sahara desert.

While he attempts to repair his machine and monitor his dwindling supply of water and food, a petite child appears out of nowhere and humbly asks him to draw a sheep. Then author learns that this “little prince” came from the faraway Asteroid B-612, where he left his rose and a three volcanoes and tried to explore the other neighbouring planets. As the little explored the various planets, there were people he met along the way that gave him a lesson about life and how “grown-ups” do and think. In connection to this, these people he met in every planet are the King who insisted that the authority should be respected and not tolerate the disobedience but he is a good king that makes his order reasonable; the Conceited Man or Vain man who was from Asteroid 326, a lonely entity and who craves for admiration that insisted the little prince to admire him; The Tippler or Drunkard, an unhappy man who inhabitant of Asteroid 327 that believes drinking helps him to forget that he is ashamed of drinking; the Businessman living in Asteroid 328 who spends his time in counting the stars that makes him hates interruptions or distractions but little prince does; the Railway Lamplighter or Switchman, a selfless man and faithful for orders who works from Asteroid 329; the Geographer from Asteroid 330 who suggested to little prince to visit the Earth; the Snake that said to be a poisonous creature who can solve any kinds of problems and even riddles but can kill a person; and the Merchant who sells pills that quench thirst. The aforementioned characters made his journey worth thinking and pondering for.

The Little Prince is basically a realistic fiction book for adolescent that teaches various moral lessons upon immerging his/herself to the story. Anyway, getting down to the some characters of this novel in which they played a significant role in the journey of the protagonist. The king’s figure at the novel gave me a glimpse of the author’s mind way of making fun of the power multifarious and those of false pretences which are up in contrast to reality as it is; the second character is the conceited man which symbolizes narcissism; the tippler, however, drinks to drown his sorrow and ashamed of being drunkard in which made me think that if someone experiences darkness or being challenged by the challenging world, the only way they think is to drink adult beverages for them to forget their problems temporarily; the fourth character being introduced in the story was the businessman who thinks only in counting the stars that represent money in real life in which I agree to the idea because if you are business minded person, you have the so-called “money anxiety” where you only think of how to get money instantly and while thinking of this matter, you hate distractions that may distract you from thinking, another, we cannot deny the fact that one of the factors that can survive us is money; the other one character is the lamplighter which symbolizes the mind of every entity in the society because just like the lamplighter, when you want others to be enlightened, you tend to share knowledge and be able their light to go in the right path especially, when that particular person is very emotional; and the geographer in which he craves for information about exploration to make himself not will fade away as he immerses to the world full of fake information. Thus, these characters as possibilities of future grown man gone in the wrong direction but upon pondering their roles being spelled out into words, these characters gave you a worst yet good example of “grown-ups”.

Nonetheless, I discovered the adult world through the author’s candid judgments and all the adults come across on the way are incompetent of true discourse and makeover. They live in a state of divine isolation in their narcissistic ghetto. The king, the vain man, the tippler, the businessman, the lamplighter and the geographer are all merely conning themselves by attaching importance to trifles and missing the essential. In which it could help these figures of reality to mend their vanished humanity. The king should work through his anxiety of incapability; the vain man should distinguish his anguish; the tippler should break down the hyperbolic claims; the businessman should see that he is suffering from a prolonged fear of the void; the lamplighter should give up his fear of independence and chaos; and the geographer his fear of authenticity. However, moving over to the other dimension of the story — the scenarios, there are scenes that I caught myself to think beyond what is being said to the book.

First is when the pilot which is the narrator was fixing his airplane then suddenly there is one boy appeared in front of him asking him to draw a sheep in which based on his gestures, he demonstrated an impatience gestures against the child instead of doing something thoroughly — he draws a box in which the wants of the child, pertaining to a sheep, is inside. Another one that reads like this: ‘Oh, where I live,’ said the little prince, ‘it is not very interesting. It is all so small. I have three volcanoes. Two volcanoes are active and the other is extinct. But one never knows.’ I analysed that the two volcanoes of the little prince symbolize as emotional eruptions due to the product of his multiple emotions and the other one is a loss of emotional reaction which caused by bereavement of someone that is close to the author. When the serpent, nevertheless, offers the child an incorporation of his shadow in his self but not the author himself. This means the whole thing occurs in the unconscious and transfers the psychosomatic nucleus away from authenticity. Next scenario being spelled out that read like this: “He was standing before a garden, all a−bloom with roses. ‘Good morning,’ said the roses. The little prince gazed at them. They all looked like his flower. ‘Who are you?’ he demanded, thunderstruck. ‘We are roses,’ the roses said. And he was overcome with sadness… Then he went on with his reflections: ‘I thought that I was rich, with a flower that was unique in all the world; and all I had was a common rose. A common rose, and three volcanoes that come up to my knees – and one of them perhaps extinct forever… that doesn’t make me a very great prince…’ And he lay down in the grass and cried”. It is therefore that the little prince, based on the passage, discovers with hopelessness a field of roses like the rose he had believed distinctive. In addition, to think oneself in a statistical way is most disparaging to the process of individualization due to the whole thing is relative and the passage implies that there is a clash of “feeling of a distinctiveness” and “statistical rational” as a battle of intellectualism and devotion towards one‘s sentiment that needs to be assimilated in order to improve fully as a human being. Meeting someone in a particular place in an unexpected time that has something to do in your life especially that may affect totally on how you think rationally is a great experience. This realization of life happened also in the story when the little prince met the fox who is not tamed that is why the little prince can’t play with it but as the narration in the story goes through, they both eventually became friends and that time, the fox taught the little prince the essence value of the here-and-now in relation of feelings but the little prince didn’t understand well what the fox meant about the essence value. This makes me analyse every side of it and arrived with this kind of conclusions: something is lacking to the understanding of the little prince because he is too young to understand the moral lesson that the fox trying to say. In this connection, the fox is old enough to share his wisdom to the little prince but the young mind of the prince is not matured enough to absorb the wisdom but he may eventually use the wisdom as he grow older.

Moving it into the use of reader-response, as I immersed myself to the story of the little prince, I felt various feelings like the feeling of sadness in which I cried several times thinking how blessed I am enlightening me with this book and I felt the characters in the way they interact and convey their stand and role to the little prince. There are also lines like the yawning scene with the king that surprise me in which there is a childhood memory happened to me that I won’t forget out of it because it brought me what am I today but it is not the exactly the same but they are connected to each other and the line reads like this: “Ah, then.” The king said. “I order you to yawn. It is years since I have seen anyone yawning. Yawns, to me, are objects of curiosity. Come, now! Yawn again! It is an order”. I was moved to ponder rather than to laugh with the character of the tippler when he said to the little prince that he is drinking because he is ashamed of drinking. It came into my mind is that he drinks because he want to fly away with painful experience that he had experienced as he continue his life into the world full of challenges because there are people nowadays when they are down and feel of hopelessness, they tend to drink. Hence, I now understand people crying out of their emotions while they are drinking adult beverages. The fox that the little prince met is a good example of a teacher, a teacher that gives wisdom out of his experiences. As I read the turn of the fox in the story made me agree to all what he said to the little prince and I felt like I was the little prince listening to the fox. I like the character of the fox in the story but his turn to the story is hanging position, I want the fox to discuss more about the essence of life. However, I am glad that until this time I remember what he said to the little prince that I considered as my guiding principle starting when I finished reading the book and it says like this: “The thing that is important is the thing that is not seen”.

However, the ending of the story burst me into tears maybe because the little prince vanish for unknown reason and he was found nowhere then the author asking us to notify him if the little prince come back whatever it takes just notify the author. For me, it was an upside down adventure book of the narrator. I am amazed in the style of the author in writing this story because it is just like a diary of the author in a form of story with characters that are fictitious.

Lastly, The Little Prince is not just a story that is written to on pieces of paper by Antoine de Saint-Exupéry but it is a story where you can create a room for your deep thoughts about the moral lessons about the grown-ups want the author to say and imagination in boosting your creativity mind to create something new out of it. For I believe that the Imagination is higher that Knowledge because imagination is limitless while knowledge has limitations that limits yourself.