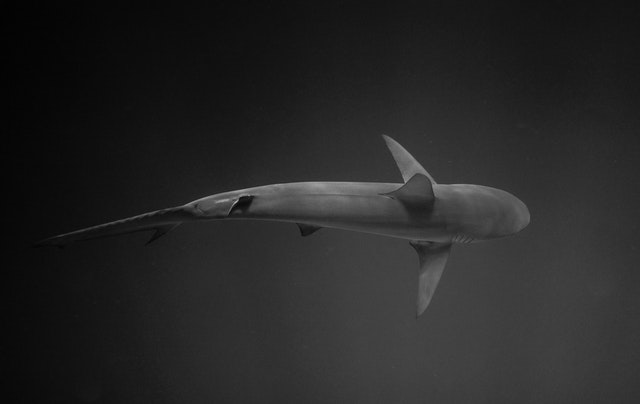 The American Hollywood film Jaws is an acute example of a thriller when it comes to extravagating plot twists, unpredicted moments and times where the disruption in the equilibrium is so powerful it can become disturbing.

“Thriller is defined as a narrative wherein the reader experiences a vicarious thrill by identifying with both needs of high daring, performed by the hero and the dangers to which he (or she) is exposed”. This film was produced in the 70’s and builds a huge deal of suspense for the responder. Jaws is a mindless eating machine, living to kill and eat anything.

It was in 1974 when this text was created, and there is a lot of historical context that lies beneath it. Jaws is based off a number one selling novel ‘Jaws’ by Peter Benchly, which is about a Juvenile Great White shark that preys upon a small town, linking very similar to the story line of ‘Jaws’ the movie. Jaws was named a “masterclass in suspense”. Jaws commenced the era of modern blockbusters and was a complete success and started on a budget of $12M to well above $400M.

Codes and Conventions released in Jaws can become wrenchingly easily identified when it comes to the setting, danger, camera angles, sounds, lighting and the mood etc. The setting of the text is a small resort town, Amity Island which lies off the coast of Massachusetts. The setting can be divided into two settings: the security of being on land and the dangers of the ocean. Both interesting parts of the text, due to it being so affectively different at the same time. The mood and music of the text is dark, strong and suspenseful. Just a few moments of the iconic music “dun dun dun dun dunnnnn” is powerful enough to peruse fear for the responder. “It was Williams who had the idea of the “characterizing” the shark musically with this low, thumping bass”. Every time this music appears we will automatically expect the attendance of a shark to appear, but the text Jaws leaves you sitting on the edge of your seat with the unexpected plot twists of this text. In other scenes of the text, it is low. On the leading parts up to the extreme scenes the outcomes of the sounds in the extravagant shark attacks the music gets higher and higher as the scenes accelerate to more intense scenes on top of each other. These things such as the sound, setting and lighting can be what really makes the scene appeal even stronger to the responder. Director Steven Spielerg used a technique in the text which characterizer’s scenes through body language, colours, imagery and lighting. Importance of lighting is not just about light and darkness. In fact, it is used more in detail to set the mood and reflects the genre of the film. Steven used the lighting to elicit terror and mysticism. Jaws is mostly shot in natural lighting to convince the viewer of the cultural, beautiful, bright, sunny town it is and convert it to reality. Meanwhile, Spielberg also creates an image to relate to in real life that reinforces fear for the responders. Using heavy shadows to create this illusion of dramatic scenes. Low-key and high-key lighting are mostly used.

My own response of the film is that is a great thriller with amazing suspense and jump scares throughout. Each element of the film helps to create the responder’s emotions, by the lighting, sound, setting and mood, leaving you in fear. Each scene goes from seeming so innocent and high angled shots of teenagers who are undarned by the nearby threat leaving the responder feeling very emotional. Then goes from wide shots of children playing in the sea and suspenseful noises and the waves crashing against the shore. It is easy to tell when the girl is going to get attacked because the camera follows her and stays focused on her which is a huge signifier for the attack. This is a very affective thriller in so many ways and leaves me reacting in fear and mystery as a responder.