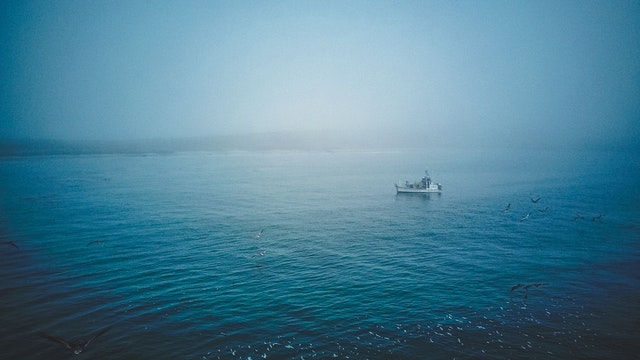 Performing a rhetorical analysis means examining how an author makes his or her case.

This means, dissecting the argument to analyze the logos, ethos, and pathos within the piece. If done correctly, the use of these rhetorical appeals turns writing into a very convincing paper. Blackfish, a documentary by Gabriela Cowperthwaite, makes the claim that killer whales should be let free from their captive closures due to the danger they pose towards trainers, other whales, and themselves.

The film, Blackfish, mainly targets an audience of the general public with an emphasis on the customers of SeaWorld. It is meant to inform people on the way most places treat these killer whales mainly in SeaWorld. Blackfish uses logic in its claim that an orca is an actual living being that is aware of its surroundings. It uses this claim to help argue that the orcas in captivity at SeaWorld do not belong there and are suffering mentally. The film uses reasoning to support this claim by saying that orcas have a limbic system that is more complex than humans; researchers cannot explain the depths of the animals understanding because we can not relate to their brain structure. More specifically, Blackfish provides grounds to support its argument with the fact that scientists have proven them to be conscious of human-like relationships and feelings via MRI’s. Upon reviewing the MRI, researchers have found a development in the orca’s brain, which they cannot distinguish or explain. The filmmakers of Blackfish carry out their argument throughout the movie with the warrant that the general public is unaware of the happenings behind the scenes of SeaWorld’s shows, with regards to the treatment of the orcas. It utilizes interviews with ex-trainers, and a very powerful interview by John Crowe, a man who previously caught whales for SeaWorld, on the “torturing” accounts of stealing orcas from their families in the ocean. The film also assumes that the public would not agree or endorse such treatment of these wild animals after learning the truth. Blackfish highly emphasizes its emotional and reasoning appeal with the effort to make SeaWorld suffer in financial downfall, hoping it will make them change their practices. The directors do not allow for much room in fallacies or exceptions to their claims, but during one of the interviews in the movie, it is mentioned that the specific attack by Tilikum to Dawn Brancheau could have been a result of a training error that could have upset the whale.

Essay writers for hire rank high on the wish list of many college students and recent graduates. Writing essays is a tiresome and time-consuming process, and it can be almost impossible to fit in enough personal time to write a cohesive and properly constructed essay. Hiring a professional essay service to write your essay for you saves you from all of this effort. A top essay writing service will allow you to relax, sit back, and let the professionals take care of the writing while you attend to other important tasks around the house or in your off-campus apartment. Here are five of our favorite top-rated essay services to choose from:

Since the documentary Blackfish was released, it has created massive amounts of hate towards SeaWorld and the treatment of whales in captivity. A large part of why people agree with the argument in Blackfish relates to the ethos, the credibility that the writer generates within the piece of the work. There are two forms of ethos First, the filmmaker, Gabriela Cowperthwaite, made sure to gather a team with experience and credibility, two things that create effective ethos within the documentary. Gabriela Cowperthwaite is a documentary filmmaker who, for more than 12 years, has directed, produced and written for well-known companies such as ESPN, National Geographic, Animal Planet, and Discovery Channel. On her team she recruited an associate producer, Tim Zimmermann, who wrote an article on Dawn Brancheau, a SeaWorld trainer who was killed by the famous “Big Splash” orca, Tilikum. Cowperthwaite’s Blackfish documentary was also funded by CNN, a company that many audiences would find trustworthy due to their authority and reliability when it comes to reporting the news. During the documentary, there are four, former SeaWorld trainers who are interviewed: Samantha Berg, Jeffrey Ventre, Carol Ray, and John Hargrove. These are professionals who were not only employed at SeaWorld, the company that Blackfish is trying to build a case against, but who also worked next to Dawn Brancheau and many of the other orcas that have reacted violently towards their trainers. The fact that they are speaking out against the treatment of these whales greatly helps the ethos of the documentary due to the experience they have. Last, another extremely trustworthy source that appears numerous times throughout the documentary is OSHA, or the Occupational Safety and Health Administration. The people who work in this Administration have the mission to help employers and employees reduce job injuries, illnesses and deaths.

It is completely within the law to hire a professional writer to make an essay for you. But it is important to point out that best essay writing service providers tend to come with a disclaimer that whatever their articles are meant for educational use or as model answers only. That leaves you to wonder: what makes a good essay? Is there an answer? Or are there several good tips that you should consider when looking for an essay-writing service provider?

Blackfish also creates ethos through the manner the information in the film is presented. First Cowperthwaite does not just viciously start attacking SeaWorld. Instead she goes back in history and uses real news reports and footage to show that the mistreatment of captive whales has lead to the deaths of trainers long before SeaWorld. By getting this view into the past the audience is able to see that this issue is actually old news and that SeaWorld is outwardly putting its employees and animals in danger despite their previous knowledge. The use of real news footage and clips of the violent incidents that have occurred during SeaWorld performances also gives credibility to the documentary because it shows the legitimacy of the stories that are being retold. On the other hand, Blackfish does a poor job of creating effective ethos because of the way alternative views are treated during the documentary. Because it is a documentary against the actions of SeaWorld, the company is depicted as the antagonist, and everything said by them is depicted as lies.

If you are interested in learning how to get the best writing services online, then there are a few things that you should know first. There are many websites on the internet that are dedicated to helping people find the best freelance writing jobs. With so many different types of jobs available, you really have to be vigilant in your search for the best job to meet your needs. The best thing that you can do is to get recommendations from people you know who have used the services before. They may have heard of a service that others have recommended, or they may have just found a great service that can help them out with their needs.

Pathos in Arguments is defined as the “focus of attention on values and beliefs of the intended audience”. Pathos is important in an argument or documentary because in order to grab the audience’s attention you want to make them feel in an emotional way. Also, to lead an audience to action you have to connect to a motivational part of them, most people are or can be motivated by their emotions.

Pathos is shown in Blackfish through the stories of former SeaWorld trainers, the footage of violent whale attacks. Listening to the personal, heartbreaking stories of former SeaWorld employees pulls at the emotions of the audience and allows viewers to connect emotionally with what the whales and their trainers have endured. Next, the director interviews individuals that were in the audience when the whales were under a lot of stress leading to and attacked their trainers; this is another example of the creation of emotional appeal in the documentary because it allows viewers to experience with the innocent civilians that were affected by these incidents. Lastly, the 9-1-1 call that reveals the frantic voices during Dawn’s attack is the final thing that truly grabs the audience by the emotions. The bone-chilling screams of the frantic caller makes it impossible for listeners to not sympathize with Dawn and those who viewed her tragic death. The director effectively uses pathos to grab the audiences’ attention; just enough to convince them that SeaWorld is a terrible place that mistreats their animals and takes advantage of their trainers.