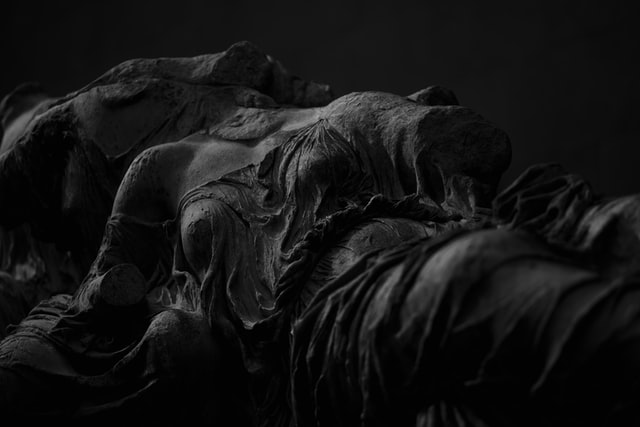 There are some problems in philosophy; such as an explanation of the physical world on which every philosopher has a different point of view.

Bertrand Russell’s “The problems of philosophy” and Phillip’s “What can I know?” represent two different perspectives to consider finding out the relationship between appearance and reality. The difference is because Russell argues that we are never aware of physical objects it is sense-data that is perceived by us, while Phillip claims all we need to focus on physical objects; no sense data at all. As a result, both philosophers focus on the theory of sense-data and try to convince the reader of his own theory. However, one can found Russell professional, precise and coherent in his theory of sense-data because he provides some good examples to us, scientific laws that make his argument much stronger.

Russell claims, the apparent knowledge that one gets on direct acquaintance with physical objects might be wrong because one cannot get reality with immediate experience. He tries to explain this statement by citing the example of a wooden table which he found smooth, brown, hard, and shiny on the immediate experience when one enters the room. Anyone would be satisfied with this description of the table at the first moment, if when one tries to be precise in the description then contradictions begin to arise. For example, if one goes to description of the table on a molecular and atomic level such as; one measure in physical science like chemistry and physics, all physical properties like stiffness, rigidity, plain surface, and color gets changed, and it is the reality of a physical object that one can get through keen observation, but for a normal person it is not that important as such for a philosopher or painter.

Russell claims “the ‘real’ shape is not what we see; it is something inferred from what we see”. It is one’s experience with physical objects that would let one make real descriptions from apparent observation, and the appearance of an object goes on changing with space and time. Thereafter, he coined the term ‘sense-data’ to state knowledge one can get through sensation such as color, smell, taste, and dimension, etc. It is a physical thing that would give rise to generate sense data in our mind, and the experience of a physical object on observation is sensation and the property on its own is a ‘sense-datum.’ Thus, sense-data is not a constant property. He also argued that “the metaphysics of sense data is private” means that our sense data is not shareable to anyone in this world i.e. Everyone else except oneself has a different sensation of observed substance.

Russell gets criticized for this statement from various philosophers, and Phillip is one of those, he argued that the inference you make with sense-data there is a mistake. Phillip analyzed an example of a table coined by Russell, and he raised questions about the table, such as “How can I ever know that? How do I get from my experience, my idea of the table, to the real table?”. By stating this, he means there is no such thing as sense data at all that could help us to construct physical things because he argued that if one is known to any property such as hotness, redness, rigidness, fadedness etcetera, then it is implied that one must have experienced that property before that has given us prior knowledge about physical object. Only from sense perception, one cannot construct physical things. Moreover, Philip criticizes Russell’s statement of sense data being private, he raised the questions that it could be believed up to some extent, but how one can make comparison or distinction of a physical object without sharing views with one another? Thereafter, this question became a critical view of Russell’s terminology of private sense data, and people started to emphasize on this critique.

In the following chapter of sense-data, Russell made a clarification on the critique raised in the above section, and he added that ‘I know that, if I move, the parts that reflect the light will be different, so that the apparent distribution of colors on the table will change. It follows that if several people are looking at the table at the same moment, no two of them will see exactly the same distribution of colors, because no two can see it from exactly the same point of view, and any change in the point of view makes some change in the way the light is reflected”. It means that on every next observation one might have different sense-data, despite the physical thing, has definite dimension and property. He provides explanation of his statement of change in sense data with laws of physics because he said that on every appearance of physical object our observation angle, space, time, and reflection of light on it goes on changing that would arise a problem of different sense data in new observation.

Russell gets doubtful in question whether physical objects exist or not? Initially, he assumed that one can deny the existence of the physical objects, but not the sense data, and whatever else we may doubt could be easily justified through one’s instantly experience. Therefore, one can question the existence of something that one has never experienced, and one will continue with our doubt until and unless one contacted it. However, Phillip argued that “claims about the external world always stand in need of evidence…sense data can never provide sufficient justification for saying that we are in contact with an external world.” by this he means to say that sense data is a psychological phenomenon, thus cannot explain the existence of physical objects in the real world. He cited an example of a bent stick immersed in water to support his argument that sense data would reach us to wrong conclusions about the reality. In response to this, Russell proposed it was individual’s feeling and personal thoughts that preserve the character of development of certainty. He states law like patterns are being followed by his sense data, and physical objects gives him sense data. With the help of law like patterns, he tries to make his argument simple and believable by giving proof in a scientific way (i.e. result based on the hypothesis). Therefore, he concluded that if physical objects create sensation in our mind and give rise to sense-data then it is to be sure that physical objects exist.

To sum up, both Russell and Phillip try to convince the reader on the basis of their available knowledge and provide enough evidence to support their successive arguments on sense data. Meanwhile, Russell seems to have an upper hand over Phillip due to his well examined, detailed, and supportive arguments provided for his claims, moreover, he responded to his critics via valid statements. Especially, logical explanations provided with supportive scientific laws of physiology helped him to attract more readers on his side and get more attention than other philosophers like Phillips. Thus, Phillips failed to provide reader enough reasons to criticize Russell’s philosophical view of sense data.