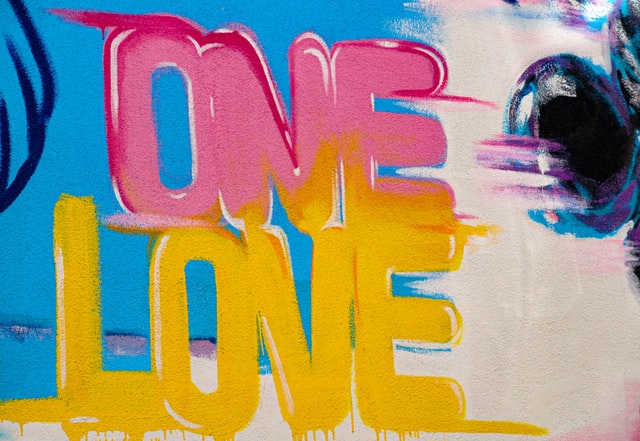 According to Bob Marley, “If you know your history, Then you would know where you’re coming from, Then you wouldn’t have to ask me, Who the heck do I think I am?.”

In other words, if people understand their narrative, then they’ll know their lineage, so others need not question their fight for equality, reparations, or sovereignty.

“Buffalo Soldier” is a reggae song written by Bob Marley and Noel Williams and recorded by Bob Marley and the Wailers. The main purpose of this essay is to analyze how the Reggae song, “Buffalo Soldier” relates to the issues of race, class, and socioeconomic inequality, especially amongst blacks in America. Further, provides a thorough classification of the Reggae genre, style, tempo, and instrumentation, along with a general overview of Bob Marley’s biography.

Reggae came into existence from three well-known Jamaican genres classified as Mentor, Ska, and Rocksteady. These genres shaped Reggae considerably, that to appreciate reggae one needs to recognize and grasp its line of descent. Mento is native to Jamaican folk music and choreography. Its foundations are mostly African and partly European, with a sharp Jamaican melody. For example, “mento typically features acoustic instruments, such as acoustic guitar, banjo, hand drums, and the rhumba box.”Subsequently, the genre that grew out of Mento was Ska, which merged Mento, American R&B, Doo-wop, and Jazz. Distinctly, “it separates itself from other musical genres due to its walking bass line accented with rhythms on the upbeat.”

Around the mid 1960’s, ska struggled to gain popularity, shaping the way for Rocksteady. Rocksteady grew out of the poor districts of Kingston, otherwise referred to as the ghettos, after Jamaica’s independence in 1962. Rocksteady’s distinct instruments include the piano, drums, and bass. Rocksteady could forgo the highest quality horn section, thus, manufacturing was cheap. The electric bass, interwoven with the drums, pulls together its explicit acoustic style; this symphonic quality, known as riddim, later transferred to reggae.

Reggae emerged in late 1960’s replacing Rocksteady, in Trench Town, an impoverished locality in Kingston. The fundamental difference between rocksteady and reggae is the enhanced robust and vivacious cadenced guitar, which typically achieved a two-chord pattern in melody to the bass and drum riddims, and the projection and intricacy of the bass line in reggae.

Even though some reggae songs focused on oneness, romance, and joy, the theme of reggae was unlike rocksteady. Reggae, instead, became a powerful medium to express grievances against sociopolitical inequality, prejudice, and socioeconomic disparity, placing a particular emphasis on the hardship of the day-to-day life of Afro-Jamaicans.

Thus, the term reggae is synonymous with the typical local majority in the “trenches” otherwise known as the “ghettos” of Kingston, Jamaica. As an example, Bob Marley demonstrates the theme of reggae in “Buffalo Soldier,’ a militant song that emphasizes the need for blacks in the diaspora, especially America, to fight against political and social inequality. Contrary, to the contemporary portrayal of Marley’s music as the symbolization of solidarity, unification, love, hope, and Rastafarianism. “Bob Marley ranks among both the most popular and the most misunderstood figures in modern culture.”

Robert Nesta Marley (February 6, 1945– May 11th, 1981) was a Reggae musician, composer, producer, and political activist. His mother was a black Jamaican teenager. His father, a white European. He was born in St. Ann’s Bay Parish, Jamaica and raised in Kingston, Jamaica. He had …..children with his wife, singer Rita Anderson, later became a part of his backup vocalist the I-Threes. He began his career as a singer at age fifteen upon the release of his first Ska record, “Judge Not.”

In 1963, Marley’s career in Ska music began to thrive after he became a leader of the Wailers music group, which comprised Peter McIntosh and Neville Livingston. In 1966, he briefly relocated to Wilmington, Delaware, in the United States to live with his mother. Upon his return to Jamaica, Marley, and the Wailers began to integrate Rastafarianism in their lyrics and Marley’s style transformed distinctively with his signature dreadlocks. In 1971, the Wailers recorded their first biggest hit single “Trenchtown Rock.”

In the early 1970s, Bob Marley and the Wailers unofficially sponsored the ‎People’s National Party-(PNP) and Prime Minister Candidate Michael Manley, who went on to win the national elections in 1972. Consequently, Marley’s life and work became an inseparable connection between reggae music, politics, and social activism. The group’s second album, with Island Records, Catch a Fire, includes songs such as “Stir It Up.” Despite its success, it was criticized for its heavily influenced reggae and rock mixes. Subsequently, their album Burnin’ started incorporating traditional Jamaican folk rhythms such as the Burru drums, heard in “Rasta Man Chant.”

In 1974, internal disputes within the group drove Peter Tosh and Bunny Wailer to leave the group and pursue solo careers. As a result, Marley reconstructed the group to include the Barrett brothers on bass and drums and officially renamed the group Bob Marley and the Wailers. Also, introducing a heavy blues/rock enhanced electric guitar tune and gospel-influenced female backup singers known as the I-Threes. Bob Marley produced the third album in the trilogy, Confrontation, released after his death in 1983, included his smash record “Buffalo Soldiers.’

Marley’s “Buffalo Soldier” is inspired by the tyrannical subjugation and continued marginalization of blacks in America. For example, Jim Crow and many other policies were a part of the United States’ liberal history from 1776 until the 1960s.” As an example, Marley starts the song by saying “There was a Buffalo Soldier in the heart of America, Stolen from Africa, brought to America, Fighting on arrival, fighting for survival.” The term Buffalo soldier refers to the Black American Cavalry Regiment during the Indian War following 1866.” Marley equated their fight for survival as a revolutionary symbol of black resistance, heroism, and patriotism. Hence, Marley’s metaphor of the Buffalo soldiers illustrates the fearlessness, and the courage of black Americans, ancestors of African slaves.

The song aims to shed light on the significance of blacks in the betterment and enrichment of America, which under such consideration are equally deserving of basic civil liberties, free from oppression, marginalization, and inequality. As exemplified, in Marley’s charismatic tone, “Then you wouldn’t have to ask me, Who the heck do I think I am.” In this verse, Marley affirms his frustration, because there is no room for doubt in America’s need for basic civil rights for black people.

Marley’s song “Buffalo Soldier” gives blacks the confidence to rise above oppression and inequality, and as such galvanize blacks in the diaspora to gain their sovereign liberties in America, by fighting against the status quo of prejudice, racial injustice, and socioeconomic disparity. Marley utilizes repetition, “Said he was fighting on arrival, fighting for survival,” and the analogy of the Buffalo Soldier to express the significant contribution of blacks in the development of America, thus deserving of equal rights; as conveyed by verse, “Said he was a Buffalo Soldier, win the war for America,”

“Buffalo Soldier” includes the trumpet, drums, and guitars. In the second verse, we hear the background chant of women singing acapella, which is common in reggae. Also, ‘there is a single guitar playing the chords on the offbeat, typical in reggae where the offbeat is usually accentuated with a rhythm guitar.” In turn, “Buffalo Soldier” exemplifies the main theme of reggae as a powerful medium to express grievances against oppression. The reggae genre is a revolutionizing music movement that arose in the “ghettos” of Jamaica. Its evolution from Mento, Ska, and Rocksteady allowed it to achieve success across international borders.

Marley’s success undeniably brought reggae to the mainstream, particularly in countries such as the United States and the United Kingdom. His literacy and subjective experience on oppression, Rastafarian spirituality, slavery, Black Power Movement, Women’s – rights movement, Civil Rights Movement, and the end to Colonialism; influenced his music and the reggae genre immensely. Therefore, it demonstrates the direct connection between music and issues surrounding race, class, gender, sexual orientation, and other identity-defining factors in songs, such as Buffalo Soldiers, No Woman No Cry, Redemption Song, I Shot the Sheriff, Get Up Stand Up, Exodus, and many others. Contrary, to the contemporary portrayal of Marley’s music as the symbolization of solidarity, unification, love, hope, and Rastafarianism, exemplified in songs, such as One Love, Three Little Birds, Jamming, and Waiting in Vain.