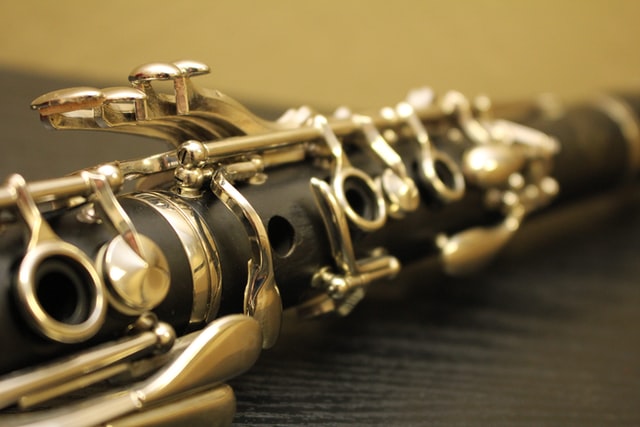 Almost everyone in my family is musically inclined, and like them I am too. My dad used to play the bandurria; while my mom used to play the violin. My sister plays the Marimba while my grandma and uncle play a similar instrument, the piano. Everyone seems to play an orchestral instrument and I do too.

Music has been a big part of my life since the time of my birth. Whether it was listening to music on the radio in the car, or listening to my best friend’s dad playing the guitar, music was there. I play the clarinet, bass clarinet, piano, and electric bass guitar. Becoming part of our RCMS band was all thanks to my mother. She was the one who gave me the push to join. At first I did not want to join, but two years later I thank her I did.

I joined the band a little after everyone else’s first day, people already had friends and I didn’t really know anyone there: so I became shy and stayed tried to fade into the background. When I had to choose an instrument I chose the clarinet: simply because I wanted to keep with the orchestral themed instruments that I knew my family played. Over time I became friends with people in my sections. When my 6th grade year ended I was promoted to advance band, so I took up the bass clarinet, following the footsteps of, Quinn, my former section leader

In 7th grade things started to change. I began to really engage in class, and I started to feel like I accomplished something. This sense of accomplishment boosted my self-esteem. When the 8th grade graduation came up I was saddened to have to see some of my friends leave, but deep down I knew that their efforts to help me when I struggled to play and keep up with the band that year wasn’t for nothing and I thank them for helping me.

When 8th grade came rolling around the chance to join beginning band came up again. I decided to join as a bass guitar, something a little out of what I was used to. The clarinet and bass clarinet notes are written with a treble clef, which is a musical symbol that is used to indicate the pitch of written notes. In contrast the bass notes are written with a bass clef. This throws me away from what I know because of the way the notes written. Beginning band has barely started but I’m giving my 101 percent from the very start and I will continue to.

Music has helped me to become more confident in myself. When I leave RCMS I want to be able to look back on all the fond memories that I’ve created over my three years here. I know that my musical career doesn’t end here. Next year when I start high school, a new chapter in my life will begin, and I know that music will be there.