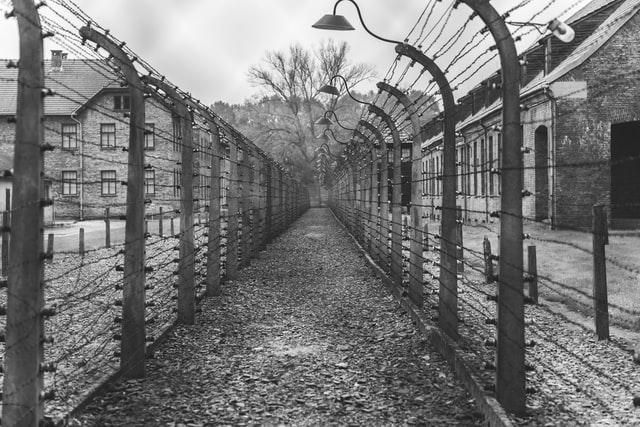 In many occurences, immigration often times for most cases leads to the separation of many families when fleeing their country to come to the U.S for a “better life” or for asylum.

Although for the most part people believe that these immigrants that flee only have to find a way to make it across the border line/wall, that’s definitely not the only obstacle. There is border patrol agents all over for miles and miles that these immigrants die due to hunger,thirst,depression of not knowing how much longer they have to get to where they need to be or how long to hide from the in green. As many immigrants are affected by the border, in Francisco Cantu’s book “The line Becomes a River”, he gives his insight on this problem that has affected many as he become a border patrol agent himself to see the reality of how it all is, how these people have to fear the crucial laws and border patrol agents. Should fear really have to be running down human’s spine? Are we not all human? Does a border or wall really stop or fix anything other than affecting people negatively? Why do people have to suffer to gain asylum? The separation of families has got to be the worst especially when its children having to go through it.

Every year, hundreds of thousands of immigrants, legal and illegal, from around the world, come into the United States. These immigrants have many different motivations; some enter the U.S. hoping to get a chance at a chance at a better life; others are refugees, escaping persecution and civil wars in their home country. Many of these people believe the United States is the best place to go. There is more freedom, protection, and benefits, which are important issues with to immigrants. However, the large number of immigrants is affecting the native-born citizens of the United States. Taxpayers are forced to pay for the welfare and schooling for many of these immigrants, some of who are illegal aliens. In the article, “Family Separation May Have Hit Thousands More Migrant Children Than Reported” by Miriam Jordan. Miriam states, “The family separations were a key part of the Trump administration’s effort to deter migrant families from trying to enter the country at the Southwest border, where they have been arriving in large numbers, most of them fleeing violence and deep poverty in Central America.” Some citizens believe that immigration can be hazardous to the environment, by putting a strain on already diminishing natural resources. Others blame crime, poverty, and overpopulation on immigration. About sixty-eight million immigrants have been added to the United States since 1970, and it is estimated that 130 million people will be added over the next fifty years. The government has tried to somewhat restrict immigration but, many believe, the laws are still too lenient. Something that Cantu states,” the conventions thus called for establishment of a new international boundary commissions, which was to possess the power and authority to reposition incorrectly placed or missing moments.” Francisco, a bonafide la migra, account of what takes place at our southern border. It is genuinely heartfelt the struggle to paint a black and white picture when there is so much grey to consider. Immigration is a complex matter that has gutted the humanity we need to understand. Taking into account when this was written and what our current regime has enacted, separating families, I do shudder at what we have become as Americans. I sincerely hope we find our way back.

In the article, “U.S. Continues to Separate Migrant Families Despite Rollback of Policy”, by Miriam Jordan and Caitlin Dickerson. Something that is really interesting and she states in her article is “Infants and toddlers were among the children who were put into foster homes or migrant children shelters, often hundreds or thousands of miles away from where their parents were detained. Under separate policies, the administration also made it difficult for relatives other than the children’s parents to take the children into their own homes.” As families are being detached from each other it shows how cruel the government treats migrants whether they are toddlers or adults , they may not be hurting them physically but mentally leaving them hurt knowing that they are going to be away from their loved ones from long periods of time. Something really important that Cantu states in his book is, “Some politicians in the United States think that if a mother or father is deported, this will cause the entire family to move back to Mexico”. His personal conflicts along with compelling accounts of the struggles facing immigrants attempting to cross into the US for a chance of a better life are eye opening.

For generations, people have been coming to US borders and requesting asylum. A few receive asylum, most don’t. Despite the lies Trump regularly tweets, it is NOT A CRIME to arrive at a US border and request asylum.Starting in about 2005 during the Bush administration, the numbers at the border became problematic, and Bush started ‘Project Streamline’ to handle cases faster. This program put many people in detention (not necessarily the same as jail) until their requests could be handled, but it never split up families. ‘Project Streamline’ continued under Obama, with various forms of detention, but without splitting families. A deliberate decision but the Trump administration began a new policy of splitting families who arrived at the border requesting asylum. This policy will remain in place until the political pressure from Trump’s base becomes too high. My guess is that over the next month, before the traditional August legislative break, evangelical leaders will object more and more to the policy, and Trump will find some face-saving excuse to change the policy. In the article, “Trump administration has separated hundreds of children from their migrant families since 2018” by Rick Jervis and Alan Gomez, they state that, “Separations have slowed significantly since a federal judge in San Diego ordered the administration to halt the practice in June 2018. U.S. District Judge Dana Sabraw allowed separations in rare, specific circumstances, and the Trump administration has exploited those openings at a worrying clip, according to groups that work with migrants along the border.” Cantu did a great job of telling the toll this difficult job took on him, the feelings he felt for the immigrants that were just looking for a better life and the care and understanding he had for them; while still enforcing the laws of our nation. Mr. Cantu wrote about saving helpless immigrants from the treacherous desert and becoming an EMT .He cut through contemporary stereotypes to craft a beautiful and compelling story of the human condition. I came away a bit more understanding of the agents who are often driven into hardened shells by the realities of their jobs and the cold dictates of a political system where there’s little room for humanity. Cantú juxtaposes his experiences as a Border Patrol agent with his childhood & his later efforts to help a family separated by the policies he used to enforce using language that is compelling & clear. Cantú doesn’t gloss over the complexities, but with an empathetic voice explores the problems of desperation, family, human trafficking, and more to paint a picture of the realities of life in the borderlands.

In conclusion, the political rhetoric around the U.S./Mexico border is so charged that, at times, it can be hard to separate what you know from what you believe. Cantu was bold enough to try to test his assumptions about the border, attempting to gain an understanding of it firsthand, by becoming a Border Patrol agent – in many ways, a dangerous decision. The border is a war zone full of drug cartels and smugglers, and in the end, the author finds that he cannot simply observe the system – whether he’s in the field or behind a computer, he’s part of it. When an undocumented friend of Cantu’s winds up caught up in the system, the author’s perspective shifts again, to take in what it really means when a family is torn apart – by the humanitarian crisis in Mexico, by economic realities, by shifting immigration laws and policies, and by those who take advantage of those who are desperate to improve their lives and the lives of their children. This is a book that reminds to question one’s assumptions, especially on the hot-button political subjects, and take a closer look. It also increased my sense of empathy for those families torn apart by immigration laws, often in desperate circumstances. This is the story of the U.S./Mexican border, but it’s the story of many other borders as well – now and in the future. U.S. immigration policy is a complicated subject. The Line is an informative, analytical read for anyone trying to understand the nitty-gritty of the complex world of those attempting to enter the U.S., written by one with both extensive experience and academic knowledge of those complexities.