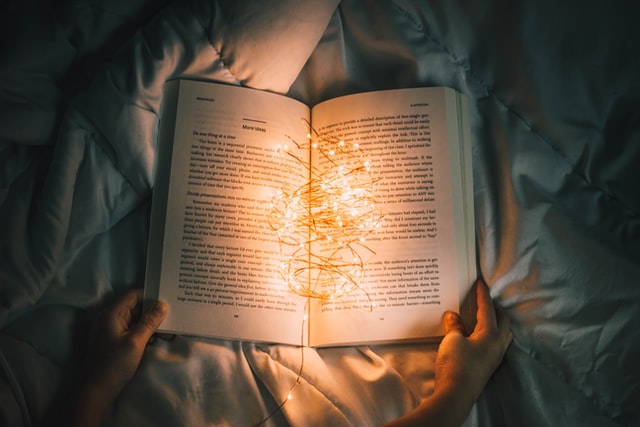 A society filled with white collar workers and money driven minds can influence those individuals around to follow suit.

Although following those individuals deemed as successful or success driven has the potential of allowing one to achieve the “ideal” type of success, success to an individual is unique. Individuals have their own definition of success, yet the pursuit of the “ideal” type of success may be overpowering to an individual, dwindling their dreams for another. The determination for the “ideal” is considered a false cause allowing an individual to feel disappointment in “their” goals as well as themselves. In Arthur Miller’s Death of a Salesman, the physical setting of Willy Loman’s home in Brooklyn enhances his disillusionment. The alienation of himself influences Willy greatly as it affects his sense of self-worth.

The majority of the play’s scenes occur in the Loman household, to which viewers and readers experience the extent of Willy’s disillusionment. The Loman household was constructed out of something false, (Abbotson) therefore, the physical setting of the house is a clear contributor to Willy’s disillusion. The house itself, and the items within the home encases the character of Willy enhancing his disillusionment due to what the house and the items within symbolize. The house in the populated city of Brooklyn represents Willy’s feelings of being “caged in” as indicated by literary critic Harold Bloom. The Loman household, once surrounded by elm trees, now dwarfed by “towering, angular” apartment buildings serves as Willy’s cage (Bloom). The mere presentation of Willy’s living situation “alleviates Willy’s sense of being “boxed in” with “windows” and “bricks”’. The claustrophobic setting of the house enhances Willy’s disillusionment because despite his complaints to Linda of the urban setting, it is the “harsh life he has chosen” as noted by Professor Abbotson. Willy, a man dreaming of success in a claustrophobic city, feels caged despite being free to live as he chooses. He believed the “harsh life” was the only way to “make it big” and free him of debt with constant material success, though it is proven false due to his feelings of claustrophobia in his own life.

In an article by Professor Abbotson, she compares Willy to the seeds he tries to plant in correlation to the house’s cage-like feeling. She states, “He plants seeds just as he plants false hope. Both will die and never come to fruition because the house becomes enclosed by the city and because his dreams are unrealistic in the harsh competitive society that the apartment represents”. Abbotson’s statement conveys the false delusion of Willy’s dream of success symbolized by the house, and the deterioration of his mind. Additionally, the miscellaneous items such as the Biff’s trophy and the refrigerator serve to symbolize the disillusionment of success. Bloom notes the placement of Biff’s trophy in Willy’s room rather than in the boy’s room. While Willy’s few achievements were fleeting, he clutches at them to feel success, which alludes to his disillusion of the importance of these “fleeting” events in his life. Abbotson continues to note the state of the refrigerator which is “on the verge of breaking down” much like Willy’s state of mind. The few “achieving” items contribute to Willy’s delusion because the items are set by Miller as reminders of Willy’s few achievements and his oncoming break down. The symbolism of the Loman household and the items contained within impacted Willy to a great extent as it enhances his disillusionment.

Willy alienates himself, which destroys his sense of self-worth. Willy is a man of powerful ideals and values, which are not his true values as stated by Arthur Miller in an interview (Beauford). Of these “values” is the American Dream, which is his inevitable downfall in the play (Abbotson). Miller shows the alienation of Willy through his value of the American Dream, and the ideals he holds for his life’s value causing him to feel worthless. Willy’s value for the American Dream is a way he alienates himself to feel worthless because he becomes a victim of a false way of life. Death of a Salesman is infused with the overarching theme of the myth of the American Dream. Willy’s consistent belief in the American Dream contributes to the destruction of his self-worth. It is common in American society to associate one’s identity with their job, undervaluing themselves “in service of an economic system” (Bloom). Therefore, Willy alienates himself by associating his self-worth with his career as a salesman and the falsity of material success. Although he is outmoded in a young man’s world, and when he loses his job reducing his identity to nothing, he keeps hoping for success.

Bloom uses an idea suggested by Thomas E. Porter the salesman cannot abandon the myth of success without reducing themselves to “zero” yet Willy’s pursuit for success reduces him to nothing. In Blumberg’s article on alienation in Arthur Miller’s Plays, he reminds readers of Miller’s comment stating: “…at the bottom we are alone, valueless, without even the elements of a human person, when once we fail to fit the pattern of efficiency…”. Willy outmoded and without a job is now a valueless commodity because of the economic system he “values” and is a part of. Consequently, the American Dream during Willy’s time pushes for a certain image for which Willy’s obsession with self-image stems from. Therefore he alienates himself as he feels his current reality is not enough. Willy’s own existence depends on his ideal self and in turn, he becomes his delusion. His ideal is not his reality, causing him to alienate himself in past memories because he believes he had more worth in the past than presently. Professor Leah Hadomi states, “when reality becomes too painful, Willy retreats into a dream world consisting of his roseate recollections of the past and of fantasies in which he fulfills the aspirations the attainment of which has eluded him in life.”

Moreover, Willy’s alienation of his self-worth leads him to feel he is “worth more dead”. After Willy lost his job he began to ponder his life’s worth, truly enforcing the American idea proposed by Bloom that “having no job is equivalent to having no identity”. Left without a job Willy is “no one,” a man “ringing up a zero”. Thus, his imaginings with Ben lead him to one option to feel his life was worth a $20,000 suicide. After losing his job, Willy was entirely defeated, talking to his brother Ben about the idea of suicide becuase “he no longer believed he could make money any other way”. Viewers and readers understand Willy’s comment about being worth more dead, as he acknowledges that his death will give his family his insurance money. He sees suicide as a “pioneering journey where his insurance money with turn into diamonds…”. Willy alienates himself by deciding to commit suicide destroying his self-worth as he now believes he is worth more dead to his family.

Miller’s Death of a Salesman presents to readers and viewers the alienation of Willy through the actions he takes to hold on to his disillusionment of success. Through Miller’s use of the physical setting of the Loman household and the alienation of Willy, readers and viewers are able to see the progression of the delusional mind of Willy Loman. The Loman house and the items within symbolize the growing madness of Willy as well as enhancing his disillusion. Willy and his value of the American Dream and his self-image alienate himself to the extent of viewing his self-worth as something one can sell or insurable. Arthur Miller did achieve his play’s goal of conveying the inner workings of Willy’s deteriorating mind.