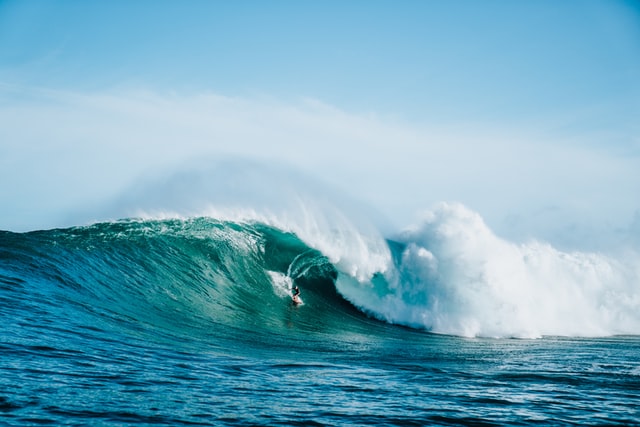 A POV allows the viewers to see through the eyes of a certain character; almost like first person perspective.

The audience of the movie Jaws experiences this multiple times, even through the perspective of the ‘Bruce’, the shark terrorizing the beaches. It is considered an important shot, because it gives the spectators a sense of what it is like to be that character. This enhances viewing experience, and can make the audience feel as if they too are a part of the story.

Engaging the audience is critical in film, and Spielberg excels in every way by creating a nerve wracking cinematic experience through sound. The main ‘shark’ theme is simple, merely an alternation of two patterning notes, is now considered a classical piece of suspense music. John Williams, who originally composed the piece, described the theme as ‘grinding away at you, just as a shark would do, instinctual, relentless, unstoppable”. Spielberg put in superfluous amounts of effort into his film, but without a real meaning or message behind the award winning film.

Jaws the film was framed by the book which had been published a year before, regarding the same name. Spielberg was chosen to direct the film by producers Richard Zanuck and David Brown, due to Spielberg’s previous film, Duel. However, Spielberg was quoted saying that directing Jaws was a ‘scarring experience’. Nothing about filming the movie was on course; it went over both budget and schedule, and the mechanical shark did nothing but malfunction. However, despite the struggle, it concluded strongly, winning several awards, and was the highest-grossing film until 1977. Spielberg did not have any real motive or message to relay throughout Jaws, but rather to fulfill his directive duty to produce a good film. Despite this, there are always theories.

Before the book or the film was released, New Jersey had multiple shark attacks in 1916. After the book was published, respected news sources claimed that these were the inspirations for Benchley’s novel. Despite denying it, many audiences strongly still believe that, both the cinema and book, are motivated by actual shark attacks. However, the cinema could be portrayed differently. Perhaps it was not based off any attacks, but rather, it serves as a warning or a heeding. Waters are vast and unknown, and with that comes potential danger. The ocean could hold creatures unfathomable to human intellect, and it is terrifying. Maybe Jaws was trying to provoke a certain curiosity to its audience, disguised as a warning. Without any real meaning, Jaws is left and open to interpretation.

Jaws succeeded because it was made to. It incorporated some of the most innovative and technological cinematic techniques. The film engaged with its audience, and was able to provoke certain emotions appropriate for every scene. Camera shots were utilized to the best of their ability, allowing for a cinematic marvel. Spielberg created the masterpiece skillfully, putting to best all of his knowledge and experience in cinema. He was smart about the way he articulated and crafted the piece, resulting in an award winning cinema.