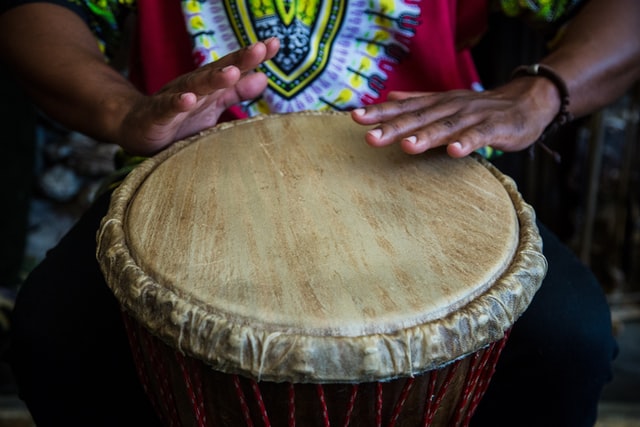 When one types in Olaudah in a google search bar, a lot of suggestions come up concerning his book, or his narrative which shows that as a writer, and a story teller he is highly recognized for his work.

Such kind of recognition throughout the world makes him one of the best writers of time because even though many cannot identify with his life story which he discusses in his book, his is one of the most read biographies in the world. The most interesting aspect of his narrative is his kidnapping at the age of eleven, the stories of his travelling and the way he was sold which made freedom one of his greatest wishes. Furthermore the kind of writing that he applies in the book is unconventional, making it unique from other writers, because he begins his autobiography, with letters. The different types of music genres are key in putting into perspective the African Diaspora that is evidenced in Equiano’s narrative. These music genres are; spirituals, gospel songs and work songs. The function of these songs, critically describe the milestones that Equiano had to go through and the landmines that he stepped on, in his life as a slave, and his wishes and desires. Most importantly they give insight to the African diaspora in Equiano’s narrative while giving the connection that the reader would need in understanding the same.

One of the music genres that are found in slavery narratives is the spirituals. These are songs that have messages that are drawn from the Christian Bible. As the most daunting problem in American history, African American slavery could not have been easy on the people to which the bondage was inflicted. For instance these slaves would work hard for their masters for a whole without pay, which included children. Another problem was that the women were exposed to sexual abuse regardless of whether they were married or not. Such kind of problems must have taken a toll on the slaves at the time especially in the 1800s during Nat Turner’s era, where religion was the main source of hope for a better life. To magnify this source of hope the slaves composed songs that addressed their plight and how solutions to these problems would be reached. Thus, the birth of spirituals came along. In Equiano’s autobiography he describes his kidnapping from his native home Oboe, which is today’s Nigeria (Equiano, 2018). The spirituals recognize such struggles and address the wishes of the individuals going through the plight. Here, this kind of music genre connects to the African diaspora described in Equiano’s narrative because he was taken from his home and coerced by his masters to undertake travel to foreign lands, which made him wish to go back home. Taking the example of the song; “Sweet Chariot”, which talks about a chariot that takes the singer home, it would a perfect example for describing Equiano’s struggles and wishes.

Another music genre found in slavery narratives is gospel which involves the description of the life of Christ, his revelations, and how they are related to the lives of people today. Most of the existing gospel songs originate from slavery. In the past, during the years when slavery was a rampant culture in America, songs with Christian messages from the Bible would be referred to spirituals, which later evolved to being called gospel songs. As the name evolved, the content of these kinds of songs also evolved, where new styles of singing and writing the music came along, which led to breaking down of the same into different types such hip-hop, dancehall, and the like, as the contemporary age set in. The evolution witnessed in gospel songs can be related to the long term evolution of Equiano’s life as his autobiography explains which in an unconventional manner; it represents the African diaspora symbolically. Additionally, in the book, the African diaspora is connected to this genre of music by the fact that it comprises of songs that reveal the livelihood of Christ and his revelations while here on earth. As the Bible, puts it, the life of Christ on earth was not easy where he was shunned, and discriminated by his fellow people. Such messages in gospel songs connect to the African diaspora by making a comparison of the life of Christ here on earth to that of a slave in the hands of his master. Thus, it shows how unsettling the African diaspora was, as explained in the Equiano’s narrative. A good example of such a song is “Death Comes a Knocking.”

Finally, another genre of music in slavery narratives is work songs which have a high correlation to the African diaspora as explained in Equiano’s narrative. In his book, Equiano explains how he spent most of his days working as a server of the captains of the ships that were used in holding slaves. He also acted as a server of the captains who maintained the military vessels of the British. Therefore, this showed that as a slave he had to work, where work songs came in handy. Such kind of music in slavery was used in maintaining work ethic and their work schedules even when under intense struggle caused by their masters and the struggle of being in a foreign land. In Equiano’s book, this music genre connects to the African diaspora by depicting the struggle of a life in slavery and the struggles that accompany it, the issue being separation from the native land and dealing with foreign and cruel people. One of the work songs originating from the time of slavery is “A Hard Day’s Night”.

In conclusion it is clear through Equiano’s narrative that the culture, of the slaves from African countries was subverted because all the songs mentioned were sang in English meaning that the slaves were assimilated into the American culture. However, the journey was brutal because they had to come with songs from the spiritual, gospel work genres of music to give them hope of a better life as they struggled with lack of self-autonomy, freedom and work without pay. The African diaspora was indeed a daunting experience as seen in Equiano’s autobiography.